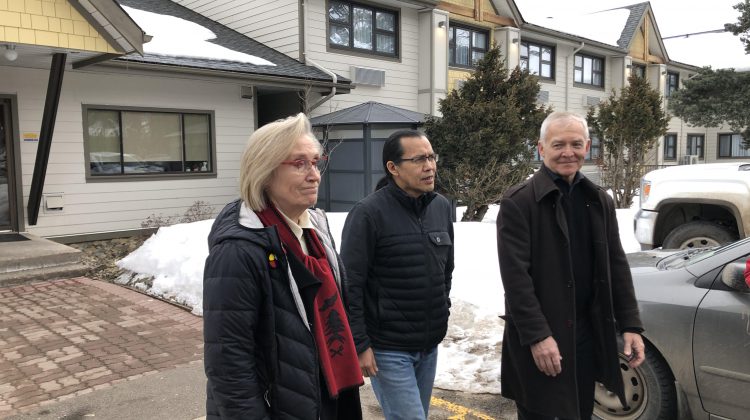 The chiefs signed the MOU through a video conference Thursday (May 14).

The virtual signing was due to guidelines from public health officials due to the COVID-19 pandemic.

The MOU will commit to negotiate a series of agreements between the Hereditary Chiefs and the provincial and federal governments that will resolve matters of rights and title outstanding for decades.

According to a statement, any formal agreements reached as a result of negotiations will require approval by each of the parties.

“The MOU is the start of a negotiation process. We have a great deal of work ahead of us to determine how we will implement rights and title together and reunification within the Wet’suwet’en Nation is key to this work moving forward successfully,” said Minister Fraser.

The three parties will begin negotiating an agreement on a path to implement Wet’suwet’en rights and title.

According to a statement, topics that will be discussed are Nation reunification, revenue-sharing, compensation, land, and resources, child and family wellness, water, fish, land-use planning, and decision-making.

“The signing of this MOU marks an important step in our work to rebuild our relationship with the Wet’suwet’en and toward affirming and implementing their rights and title,” said Minister Bennett.

The statement also said planning is currently underway to establish both internal Wet’suwet’en and external engagement processes to ensure transparency and openness throughout the negotiations.

Wet’suwet’en clan members, elected representatives, neighbouring First Nations, municipal governments, and other interested parties will be included, according to the statement.

“With this MOU, we will now begin to work toward a better understanding between Canada and British Columbia, and we will be able to strengthen better relationships and establish strong economies,” said Chief Woos.

The tentative agreement was announced on Feb 29 after three days of talks took place between the Hereditary Chiefs and senior ministers in Smithers.