“This took off quickly,” : BC AG Minister on success of online Farmers’ Markets 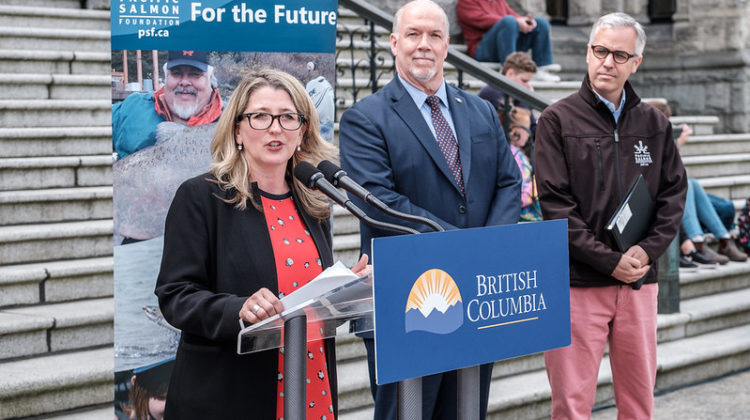 Farmers across BC are finding it easier to sell their goods during the pandemic.

In March, the Ministry of Agriculture and the British Columbia Association of Farmers Markets (BCAFM) launched an online portal to connect vendors with consumers.

In an exclusive interview with Vista Radio, Agriculture Minister Lana Popham stated that farmers are enjoying an increase in sales because of this.

“Farmers’ markets are being treated like food depots and so that is something that took effect rather quickly and has had a great effect. I have heard from some farmers that they have had an increase in sales at the farmers market because of this.”

“We supported farmers markets moving to an online ordering system where can consumers can now go off these websites, order stuff, and just pick up at their local farmers market.”

Popham believes the online portal, which can be found on the BC Farmers Market Trail website, will continue to be used post-pandemic.

“This is something that is going to be with us into the future and it’s excellent.  It’s exciting because it brings farmers markets into modern-day technology.”

Currently, over 60 farmers’ markets in BC have an online market.

The B.C. government provided $55,000 to the BCAFM to cover fees for individual farmers’ markets to join the online platform and set up their digital market store presence.

A link to the news release can be found here.

A full list of the farmers’ markets across Northern BC can be found here.