ALS bc logo (supplied by ALS society of BC)

A Burns Lake student has been rewarded with a grant from the Amyotrophic Lateral Sclerosis Society of British Columbia.

According to Wilson, to get the grant you have to have a parent that has either passed away or is living with Amyotrophic Lateral Sclerosis (ALS).

Wilson said the grant will be going towards going to school to become a practitioner.

“My education expenses will be quite high so, this grant will actually be very beneficial to me in the long run just trying to manage my own finances as I grow up,” she said. 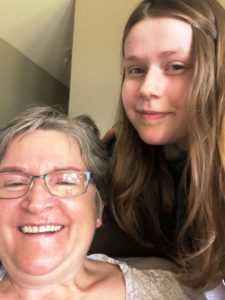 Wilson’s mother, Barb was diagnosed with ALS in 2016 so, Marlee has been involved with assisting her with many daily needs.

“By providing that awareness it not only helps them [ALS patients] get more equipment because of more donations possibly but also improves the research that is going on right now,” she said.

Barb Wilson said she is proud of her daughter.

“She’s been working so hard in high school to get very good grades and I’m proud of her accomplishments, she has volunteered at a local pharmacy just to get experience in the medical field,” she said.

She added the family was going to put on a walk to end ALS this year in Burns Lake but due to the pandemic they had to cancel.

Over 14-million Canadians have now applied for CERB