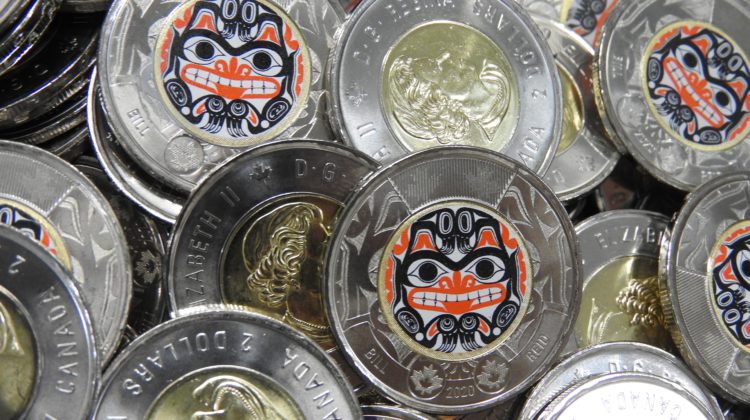 The toonie comes 100 years after his birth in 1920 and it is to honour Reid’s groundbreaking contributions to contemporary Indigenous art.

The coins are already in rotation and banks and businesses will carry the change as inventories are replenished.

The coin will be limited to three million coins and two million of them will feature Xhuwaji, Haida Grizzly Bear in bold red and black colours.

“The Mint is delighted to add the story of Bill Redi’s pivotal role in raising awareness of Haida art, and the traditions and culture it represents to the long list of circulation coins celebrating what makes us proud to be Canadian,” said President and CEO of Royal Canadian Mint Marie Lemay.

Reid was a master goldsmith, carver and sculptor and was also a gifted mentor who championed Haida throughout his life according to a statement.

“The greatest impact of my grandfather’s artistic legacy is that he reintroduced our Haida art in a classical form to the world, and through that bridged cultures,” said Reid’s granddaughter and Executive Director of the Haida Gwaii Museum, Nika Collision.

Reid painted the design in 1988 on a ceremonial drum but later adapted the design for reproduction on silkscreen prints, with proceeds benefiting the Artists for Kids Trust.

Reid was a member of the K;’aadasga Kiigawaay Raven Wolf Clan of T’aanuu through his mother.

He died in 1998 after battling with Parkinson’s disease.