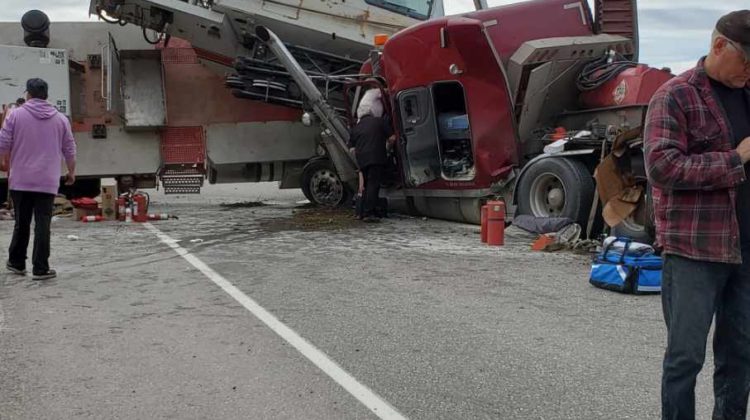 Drive BC is reporting Highway 97 near the Hush Lake area is now open but reduced to single-lane alternating traffic.

Motorists in the Hush Lake area, about 24 kilometers north of Quesnel, can expect some major delays due to a two-vehicle incident on Highway 97.

Drive BC says that stretch of the highway, near Triple J Ranch Trail Rides, is closed in both directions while emergency crews are on scene.

Several witnesses are telling MyPGNow that they have been able to take a detour through the East Olsen Road.

“There was a smaller crane truck right in front of a large crane truck that had a truck on the trailer,” Laura Aydon told MyPGNow.

“It looked like the large crane truck lost control, and the crane ended up swinging out and it hit the oncoming rig with the truck on it. It was the semi with the truck on the back that had two people trapped inside, and it was burning but thankfully the fire is out,” Aydon said, noting there was a large emergency services presence in the area.

“I think we were probably five minutes behind when the accident actually happened,” Rita Armstrong, a second witness, explained.

“We drove up, and there were a lot of vehicles stopped on the highway. My husband got out of the truck to look and see, and said there were flames and two semi-trucks,” Armstrong said.

She reports the incident occurred around 9:30 am.

Another witness, currently in the lineup, says he was told to expect a wait time of ‘at least’ six hours before the scene clears.

“I approached the tail end the lineup and people were turning around… and one truck rolled down his window to say the HWY BC said the road was closed,” said Rob Young.

More information will be provided when it becomes available. 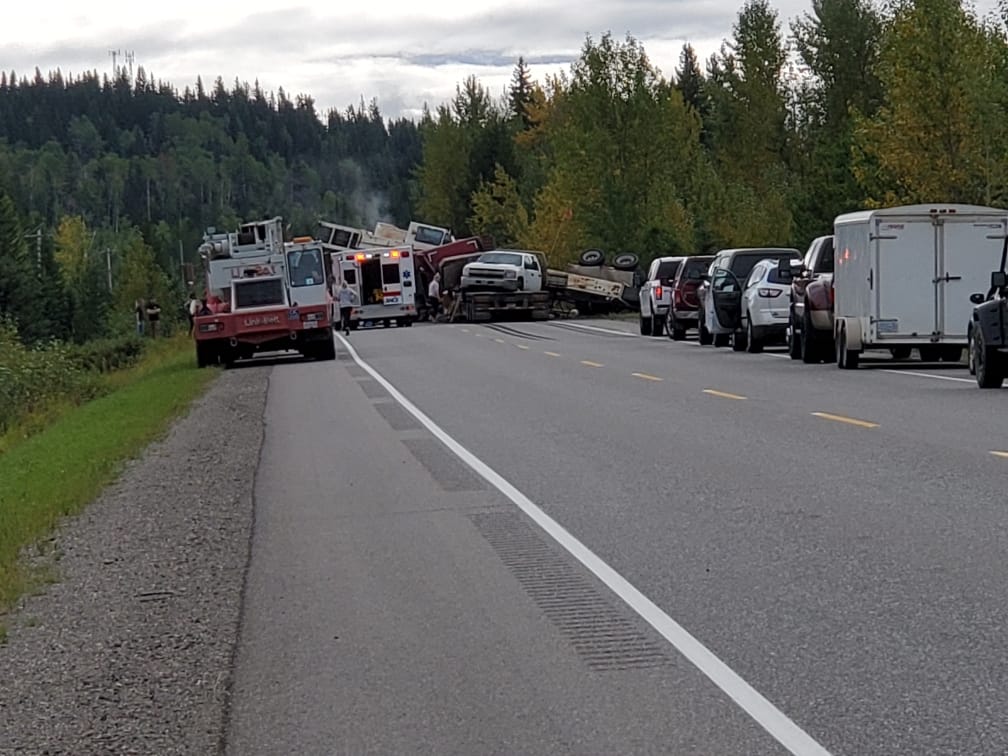