Return It BC putting a cap on bottle returns next month 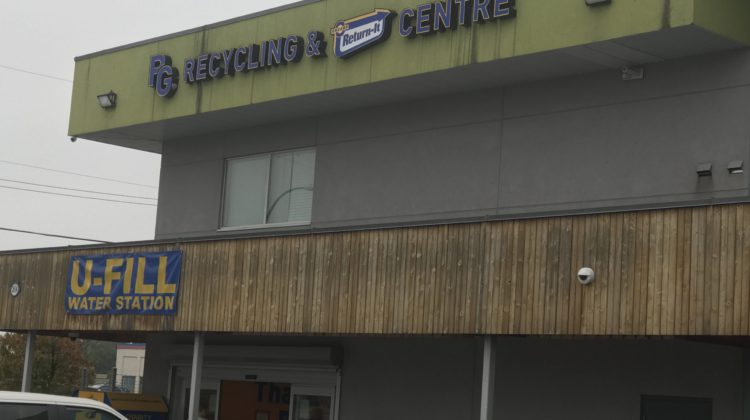 A Return It BC location in Prince George. (Photo supplied by MyPGNow.com staff)

If you have bottles laying around the house, you may want to return them in the next several days.

A 20-cent refund on all containers over a litre in BC will be slashed in half next month.

Starting October 12th, Return it BC will make containers of that size a 10-cent refund to help streamline the system. 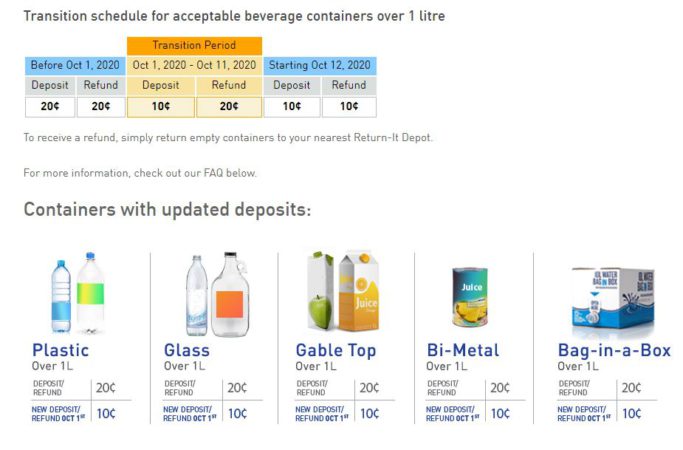 Graphic supplied by Return It BC

“Ten cents a container will be easier to find out how much money they should be getting back and it should also be easier for operators as we plan to make subsequent changes that will reduce the complexity and the sorting required in the system.”

“Basically, all of the containers that are over litre have a 20-cent deposit and while it’s true that people will get less money back for those containers they will also only be charged 10-cents as of October 1st.”

Langdon adds the containers that are impacted only makeup about 6% of their system.

A transition period will occur for all customers between October 1st and 11th.