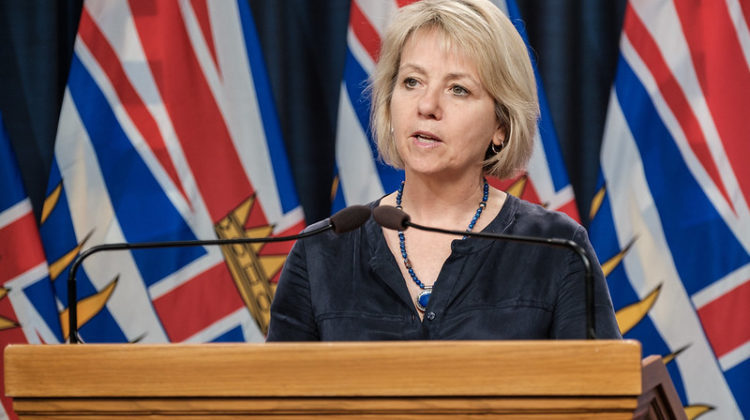 There are 656 new cases of COVID-19 in BC, 15 new infections in Northern Health.

There have been 33,894 total infections across the province with 8,796 considered active.

Of the active cases, 336 people are in hospital and 76 in intensive care.

16 people have died from COVID-19 in the past day, including a male in his 80’s in Northern Health.

There have been 457 deaths since the onset of the pandemic, including seven in the north.

Currently, 10,123 people are under active public health monitoring as a result of identified exposure to known cases

So far 23,774 people have recovered, creating a recovery rate of about 70 per cent.

“It is a time for all of us to pause, to think about the many people throughout our province, our nation and the world who have been impacted by COVID-19 and other global epidemics. It is also a time to think about what we can do to make a difference,” said Doctor Bonnie Henry.

“Without exception, follow the provincial health officer’s orders in place. Remember that events, which refer to anything that gathers people together – whether on a one-time, regular or irregular basis – are not allowed for now. This includes religious, cultural or community events. Do not gather at home with anyone other than your household or core bubble.”

#CovidBC update: 656 new cases since we last reported, for a total of 33,894 cases in BC. There have also been 16 new deaths, for a total of 457. https://t.co/URChUPhvgk pic.twitter.com/aZdYVwiyfq

-With Files from Catherine Garrett, mypgnow