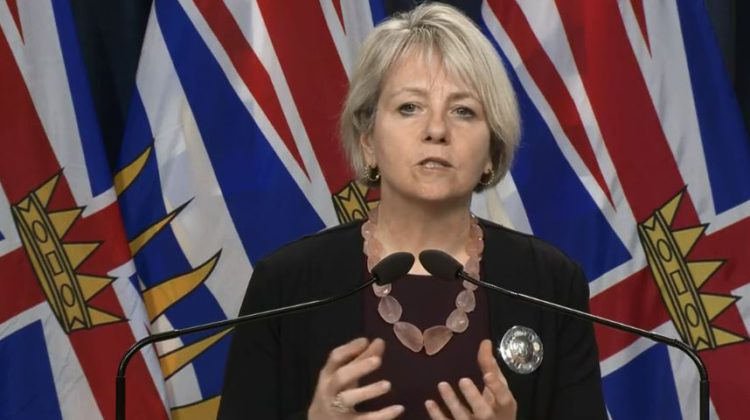 With a record 45 new cases identified in Northern Health, the region’s total is now 905 with 240 active cases.

In the North, 33 people are battling the virus in the hospital, 12 of whom are in ICU.

The region’s recovery rate is 73%, only slightly higher than BC’s 70% rate.

Across BC, there are 8,941 active cases, 1,472 of those cases are within the Healthcare system.

12 more people have lost their battle to the virus, BC’s death toll has now reached 469.

While 10,201 people are under active public health monitoring, the province’s recovery rate is now 70%.

There have been three new outbreaks within the health care system, there are 54 ongoing outbreaks.

Additionally, there have been two more confirmed community outbreaks in Fraser Health.

In light of the United Kingdom approving a vaccine today (Wednesday), Provincial Health Officer, Dr Bonnie Henry said, “this is part of the solution to what we are going through but it is going to be some time yet before we get where we are going.”

“The vaccine is clear evidence that we do have light ahead, and in BC, we are working to put together an immunization strategy for everybody across the province who wants to be immunized,” she added.

“We know there’s a hockey team in the Interior Health Region that travelled to Alberta and has come back and now there are dozens that have been affected as it has spread in the community,” she added.