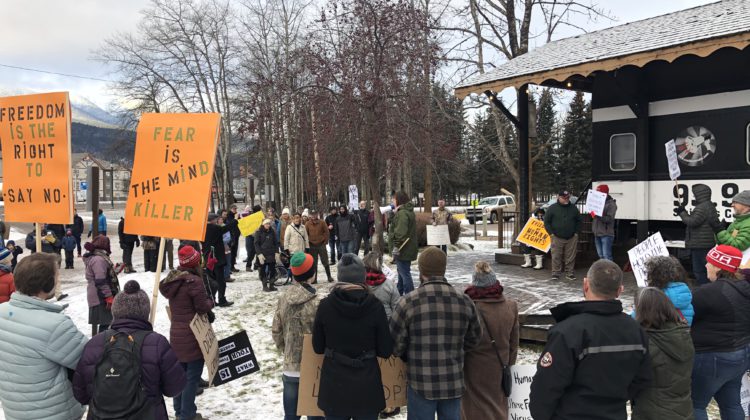 Freedom Rally in Smithers in December (supplied by: Lindsay Newman)

Mayor Gladys Atrill has confirmed Smithers RCMP have issued a $2,300 fine to the organizer in relation to the freedom rally that took place in December.

She added recommendations charges for the event were also sent to Crown Counsel.

The rally occurred on December 12 and around 200 people from across the region attended.

According to Cpl. Madonna Saunderson, RCMP is also investigating the second rally and should sufficient evidence be gathered a ticket will be issued.

“My main message is that we all need to uphold the public health protocols, rather than looking for any agency to make us comply. We need to rely on our collective positive behaviour to get us through this pandemic,” she said.

There have been two freedom rallies in the community within two months.