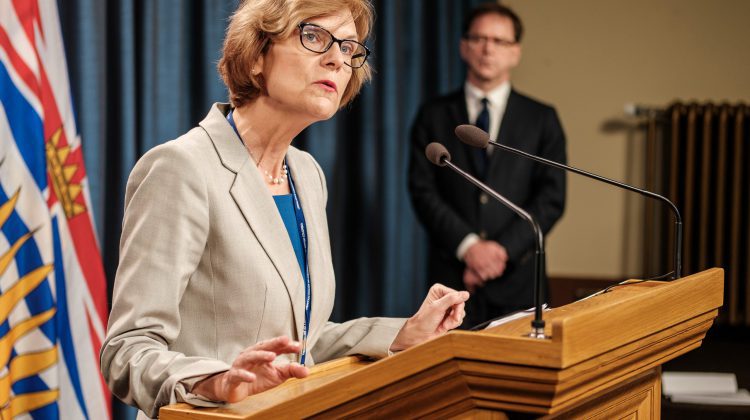 Sometimes a change is better than a rest.

This is the philosophy being adopted by BC Seniors Advocate Isobel Mackenzie in relation to the current COVID-19 testing regime in the province.

“Why this is problematic in long-term care is that our testing strategy has been: we are not going to test you unless you show symptoms and that strategy was developed in a world where we didn’t appreciate the degree to which asymptomatic transmission is happening.”

“We need to acknowledge asymptomatic transmission is an issue and you can’t argue with what we are seeing in these outbreaks and clearly we are not detecting the virus at long-term care facilities until it has taken hold.”

Last week, the provincial government released the first of what will now be a weekly snapshot of COVID-19 outbreaks at long term care or assisted living facilities.

In the inaugural edition, it was published that residents of these facilities accounted for nearly two-thirds of all COVID-19 deaths since the pandemic began.

Northern Health has been rocked hard during the second wave, with hospitalizations and active cases often reaching new heights.

The worst of it is centered around Jubilee Lodge in Prince George where 14 residents have passed away since the outbreak was declared on December 12th.

Since then, 48 residents and 13 staff members have tested positive.

“Some of the patients in the hospital in the north with COVID have had to be transferred to the Island to help manage the situation because the number of ICU beds are more limited in the north. When you live in Northern Health you are accustomed to being transferred to hospitals in the Lower Mainland and in Kelowna if you have certain serious health issues.”

“Our numbers in long term care in the second wave are much more serious than the first wave, living with the fear and the worry that they will experience an outbreak or if they are experiencing an outbreak and what the death toll might be, I can’t imagine being in that situation.”

The Seniors Advocate noted their initial perception of the virus was that you weren’t contagious unless you were showing symptoms, which is not considered the case anymore.

Mackenzie said there is a high percentage of at least 30% of the population who either show no symptoms or they are so mild that they don’t recognize them as such and run the risk of spreading the disease.

In addition, the province also updated visitor policies to better clarify social and essential visits in care facilities, which can be found here.