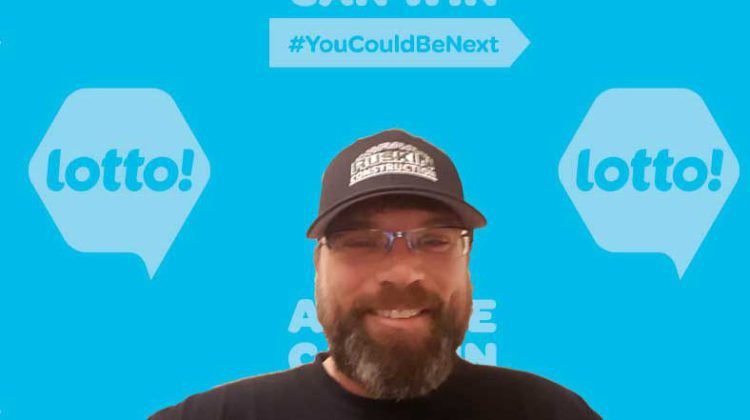 (Jeremy Ross of New Brunswick is $75,00 richer after purchasing a lottery ticket in PG during November. Photo supplied by BCLC)

From one end of the country to the other.

A Fredericton, New Brunswick man struck it rich after the purchase of a lotto ticket in Prince George during November (14th) netted him $75,000.

Jeremy Ross was in town for work and stopped in at the Day and Night Store on Carmel Drive to fill up with gas and purchase a few lottery tickets.

Ross stopped at the gas station a few days later and was in disbelief after finding out he had won.

“The machine started to go off and the screen popped up as a $75,000 winner,” Ross recalled.

“The retailers were excited since this had never happened before.”

He has no immediate plans to spend the money.

“It just doesn’t feel real. Like I say, ‘it’s not real until I have the chicken in my hand.’”