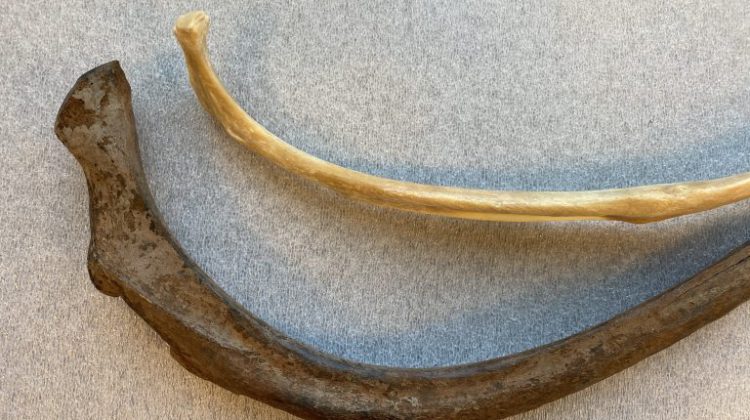 A part of a mammoth skeleton that was found near Babine Lake around Granisle that was kept at the Bulkley Valley Museum has been sent off for examination.

According to the curator Kira Westby, PhD candidate Laura Termes of the Department of Archaeology at Simon Fraser University (SFU) contacted the museum about sampling the mammoth bone fragments as a part of the BC Megafauna Project.

In January, the museum sent SFU an entire rib bone of the mammoth to extract a sample.

Westby said the Museum has not been heard yet if the extraction has been successful.

“It’s looking promising, she [Termes] was pretty excited to be able to sample our rib bone,” she said.

Westby added originally the Museum was going to try and sample it in Smithers but it involved a more invasive test.

She also said she is looking forward to learning more about the Babine Lake mammoth.

“It’s really exciting to have something from our museum way up here in Smithers be a part of this bigger story of megafauna in B.C and to have this sort of scientific analysis done,” said Westby.

She added the museum is hoping when the rib bone comes back to Smithers to have a small exhibit.

The full story on the Babine Lake Mammoth can be found on the museum’s website.