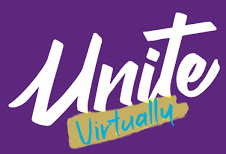 A former Burns Lake resident who has been diagnosed with Amyotrophic Lateral Sclerosis(ALS) is advocating for better treatment options for ALS in Canada and British Columbia.

Deane Gorsline was diagnosed with ALS at the age of 29 in December 2018.

Gorsline is currently in a wheelchair, cannot move with assistance and has strained speech.

He said there are ongoing clinical trials for ALS but British Columbia does not have access to these trials.

“That means 24 percent of the Canadian population does not have reasonable in progress actions to enable therapies,” Gorsline said.

He added if an ALS patient is approved for a clinical trial there is an average of a 15 months of waiting post approval in America.

Gorsline also said Quebec was the first province to approve a drug for ALS after its approval from Health Canada.

“There is a movement of other ALS patients called ALS Action Canada, which is for clinical trial expenses through the provinces that don’t have them and for drug approval timelines,” Gorsline said.

He currently lives in Ottawa, ON but he said he would like to move back to Burns Lake.