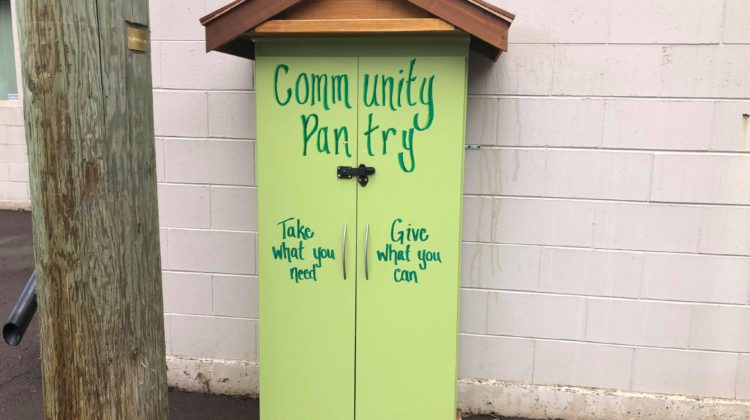 Heartstrings Home Decor & Gifts have implemented a community pantry at the back of its building on Third Avenue in Smithers.

According to Owner Sherri Matthews, the concept is take what you need, give what you can and is for residents who are short of food.

Matthews said she got the idea after watching the news and saw the project in East Vancouver.

“There are always people who are up against it [the need]. It’s an experiment, maybe there’s not enough people to warrant the idea, but maybe there is, I think there’s a need, I hope there isn’t but I think there is,” she said.

According to Matthews, starting the community pantry happened very quickly and an old cabinet at the store was used and she bought some groceries to get the project started.

She also said the feedback from a social media post has been receiving positive feedback.

“There have been so many comments on how awesome they think it is, what a great idea it is, one person commented they were wondering when a project like this would pop up in our community,” Matthews said.