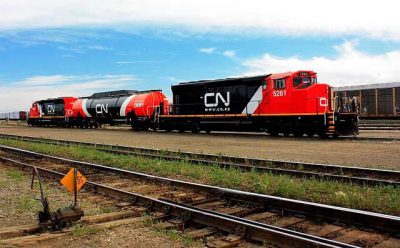 Hearings will be held by the House of Commons on Transport, Infrastructure and Communities within the coming weeks regarding rail safety.

Skeena-Bulkley Valley MP Taylor Bachrach has been calling for the hearings after concerns from residents and community leaders.

According to Bachrach, the committee has heard from the Auditor General and the Minister regarding the issue but the Committee is hoping to hear from affected communities and independent experts.

He said there continues to be questions that the Federal government has given answers to.

“We keep seeing derailments and we keep seeing incidents, some of them very serious and it called into question whether the Federal government’s approach to rail safety is adequate so, hopefully these hearings will help get to the bottom of where these deficiencies lie,” Bachrach said.

He added that hopefully after the hearings the federal government can work towards an approach on where communities and environment are safe.

Bachrach also said he is hopeful that the government can work together to prevent things from going wrong on the railways.

“As we see more higher volume of dangerous goods being shipped through the region, the need for the stringent regulations has never been greater,” he said.

The hearings are expected to occur sometime in June.