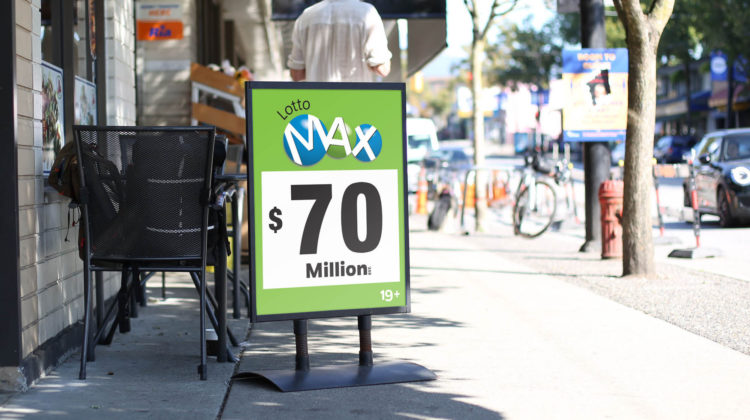 Northern BC lottery players have another crack at a life-changing windfall.

For the second time this week, Lotto Max continues its record-setting streak with an estimated $120 million up for grabs during tomorrow night’s (Friday) draw.

“We’ve got fifty one million Max million prize draws plus this 70-million dollar jackpot and it’s just amazing. You know, this has never happened in Canada where we had two historic draws in the same week so lottery fever is running across the province.”

In one of Tuesday’s Maxmillions prize draws, a ticket from PlayNow.com and a ticket purchased in Vernon both had the same winning numbers.

So far this year, BC lottery players have redeemed more than $58 million in winnings from Lotto Max.