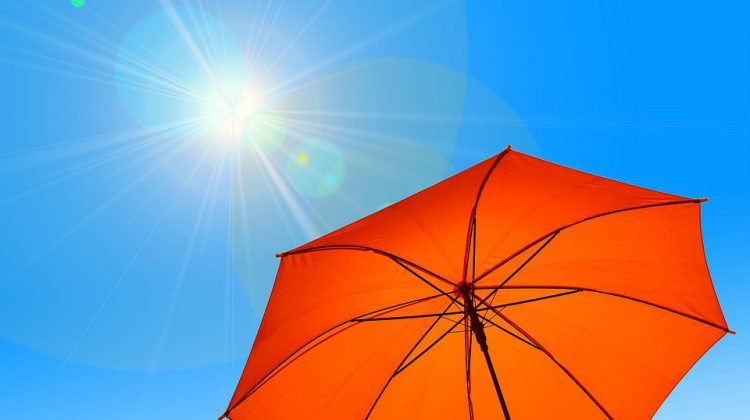 an umbrella in the sun (supplied by: pixabay)

Warm weather is expected in the Bulkley Valley and Lakes District this week.

Temperatures are expected to reach the early to mid 30’s by the end of the week, according to Environment Canada.

Meteorologist Terri Lang said that people should be careful while in the heat.

“Be mindful of when the hottest part of the day is, we know it’s in the afternoon so if you have to do something do it in the morning or the evening when it’s a little bit cooler and try to use those places to stay cool,” she said.

Lang added that during the hot spell people should also be mindful of wildfires.

She also said the hot weather should be expected until early next week.

“It’s unusual for this time of year, June is sort of a rainier month so, we normally get this heat in July and August so, it’s a little bit early and people maybe aren’t accustomed to the heat yet,” Lang said.

She also added it is possible that the Bulkley Valley could break some records during the week.

During the weekend temperatures are expected to reach a high of 33 degrees.