Access to Point Creek area restricted due to wildfire 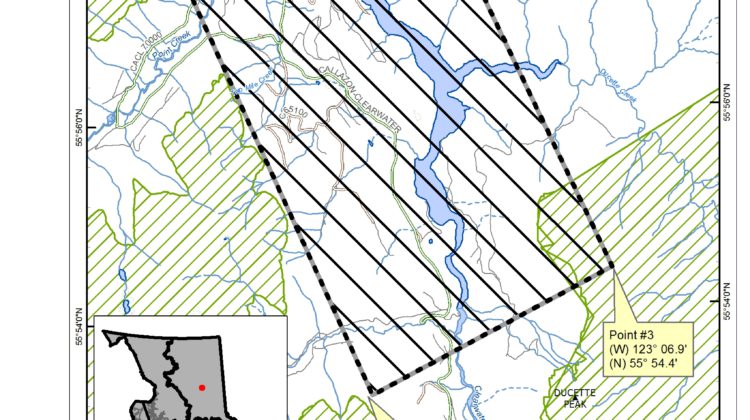 The BC Wildfire Service has implemented an area restriction for the vicinity of the Point Creek Wildfire, the size of the area restriction reflects the continued need to protect the public in areas where there are ongoing fire suppression activities.

The service says the out-of-control blaze is now about 63.40 hectares and is believed to be caused by lightning.

Those found not complying with the rule, which will remain in place until September 30th or until it can be rescinded, could face a hefty $1,150 fine.

Two of the five active wildfires in the Northwest Fire Centre are considered to be ‘of note’ by the BC Wildfire Service, meaning they are either highly visible or pose a potential threat to public safety.

Meanwhile, 66 wildfires are currently blazing throughout the Prince George Fire Centre, 8 of which are considered to be ‘of note’.

Earlier this week active wildfires caused an evacuation alert for the Shesta Lake and Punchaw Lake area and evacuation orders for the Mount Porter area and Grizzly Lake and Cutoff Creek areas as well.

Currently, 30 personnel are working to control the blazes in the Shesta Lake and Punchaw Lake area while five pieces of heavy equipment and three helicopters have been deployed as well.

The Prince George Fire Centre says the Grizzly Lake wildfire raging Southwest of Prince George is one to keep an eye on as it is producing a lot of smoke and was the reason the evacuation alert was issued for the Shesta Lake and Punchaw Lake area.

12 firefighters are working to control the Grizzly Lake blaze while 5 helicopters and 12 pieces of heavy equipment have been deployed as well.

The BC Wildfire Service is encouraging residents to stay up to date on fires of note across the province.