Cycling 4 Water pedals through Northern BC 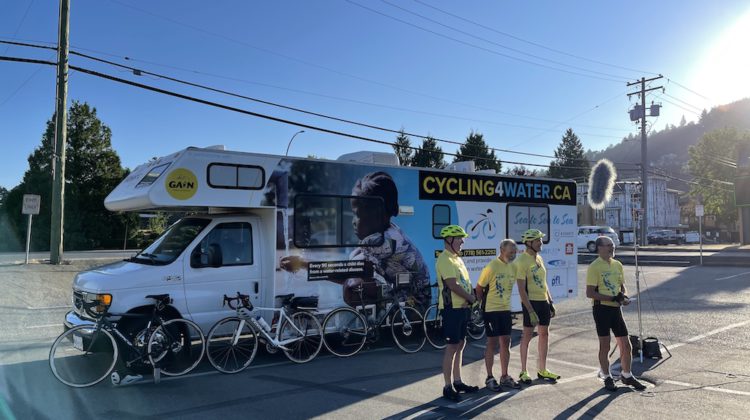 A cycling team is riding across Canada to help provide water wells to places in the world that need them the most.

The team is currently on their way to Tuktoyuktuk, they’ll start their cycling from the Arctic Ocean, they’ll head to Prince Rupert and touch the Pacific Ocean, and end their journey in Halifax, touching the Atlantic.

The 10,000-kilometer ride is called Cycling 4 Water, will take 65 days, they hope to raise enough money for 65 wells, and the average age of the cyclists is 65.

They’ll be traveling through places in BC like Prince George, 100 Mile House, and Kamloops in their journey. 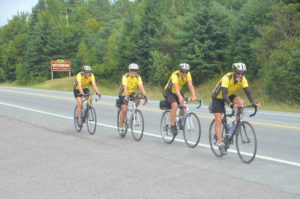 “It’s a little daunting, to think of our average is 180- 190 kilometers per day,” said Mike Woodard, one of the cyclists.

“As we looked at various causes, we realized clean water is such a basic,” said Woodard.

“Every 90 seconds, a child dies from a water-related disease that’s preventable if they had clean water. And as I said, we’re all grandfathers, we look at our grandchildren and we think, wow what a gift. And it would be tragic of course to see one of them die,” he added.

The team is working with Global Aid Network (GAiN) to build these wells in countries like Togo, Benin, and Tanzania.

Each well costs $8500 to make, and according to their website around 785 million people do not have access to clean drinking water.

The Northwest Territories are currently closed, so if the cyclists can’t get across the border, they’ll start in BC, and return back to Tuktoyuktuk when the restrictions are lifted.

They’ll be blogging their travels daily on their website, which also has more information about how people can get involved.