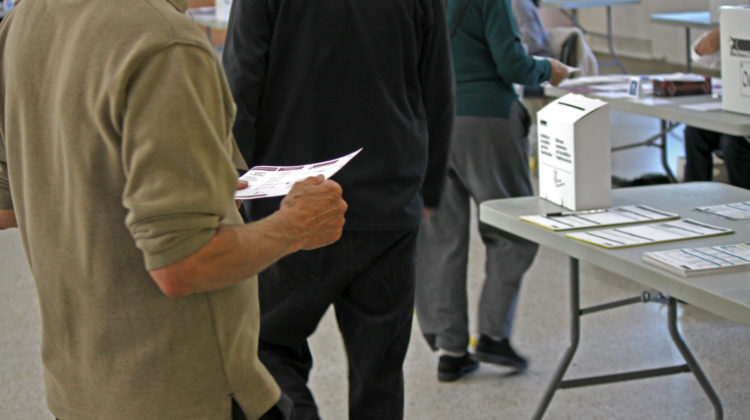 An elector casting their ballot (supplied by: Elections Canada)

More residents within the Skeena-Bulkley Valley took advantage of the mail-in ballots for the upcoming Federal Election.

Elections Canada said there were 2,394 people who applied for the mail-in ballots within the riding.

Spokesperson Andrea Marantz said if you were planning to put it in the mail it is now too late but she added there is another option.

“The best way is to either drop it off at your local returning office or on polling day on Monday drop it off at a polling place in your electoral district,” she said.

Marantz added either you can drop it off or someone else can.

According to Elections Canada, over one million applications have been received for mail-in ballots.

Marantz also said with the increase in mail-in ballots it could take a few days to find out the final results.

“There’s a lot of process that goes into [the counting] before their[mail-in ballots] are ripped open to see who they vote for, that will take some time so we’re not expecting to have the results until two to five days after the election,” she said.

Additionally, 10,299 decided to cast their ballot during the advance polls that were held last weekend.