Fifty-five critical care patients from Northern Health have been transferred to other hospitals across the province as the region deals with a wicked surge in COVID-19 cases.

That’s according to Health Minister Adrian Dix who stated of those 55 – 43 tested positive for the virus, 42 of which are not fully vaccinated. 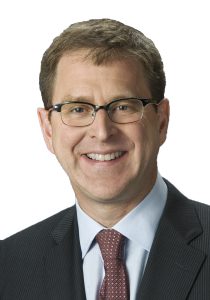 During today’s (Tuesday) media briefing Dix stated one-fifth of those transfers occurred in the past four days.

“Over this Thanksgiving weekend, 14 of patients were flown from northern communities hundreds of kilometres away. To give you an example, it is about nine hundred kilometres by air from Dawson Creek to Victoria.”

Dix also provided another stern message to those who remain hesitant to get inoculated within our health region.

Dr Bonnie Henry noted the virus continues to spread at a rapid rate and is now impacting the younger population.

“This is directly related to the vaccination rates in the communities where people are living. Communities with lower rates of immunization have higher rates of spread – the illness and the risk for everybody goes up.”

Henry added the province is also looking into the possibility of supplying booster doses to certain communities in our region that are experiencing high infection rates.

The Provincial Health Officer along with Dix noted as of today’s deadline (Tuesday) for workers in long-term care and assisted-living facilities to be vaccinated against COVID-19,
there are 1,955 staff members who are not inoculated.

This equates to about 5% of the total workforce.

In addition, Henry noted a further announcement on lifting capacity limits for major sporting events and concerts could be coming later this week.

However, this may be delayed for regions with higher transmission rates.