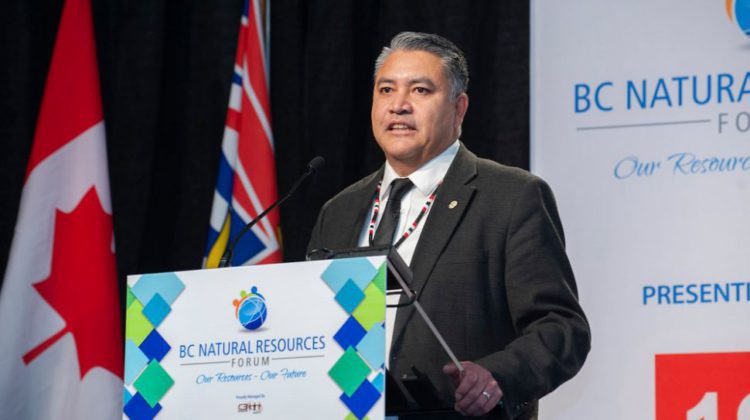 Regional Chief Terry Teegee of the BC Assembly of First Nations. (Photo by BC 's Natural Resources Forum Flickr)

A Wet’suwet’en Matriarch and Hereditary Chief has passed away.

According to a statement by BC Regional Chief Terry Teegee, she was one of the first female Board of Directors on the Carrier Sekani Tribal Council, which she served on for many years.

“We have lost a strong and beautiful leader who was completely dedicated to her people and the terry in which she lived and cared for,” said Teegee.

He continued in the statement released Thursday (Oct 14) that she was a mentor for him.

A memorial was held on Zoom on Thursday (Oct 14) and a funeral service will be held Saturday (Oct 16) which is invite only.