BCHL RoadShow to be held in Burns Lake 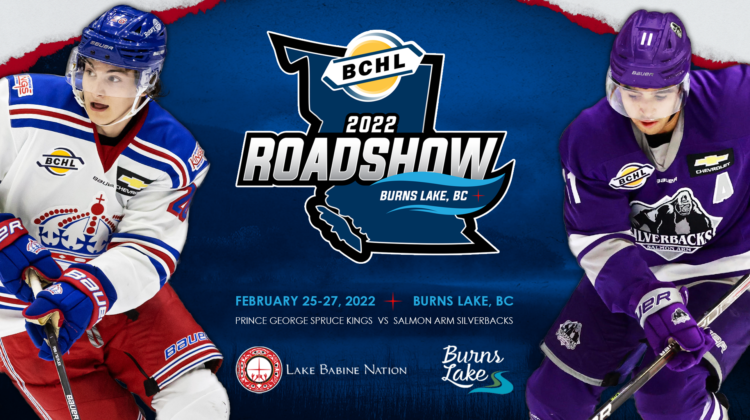 The BCHL has announced that its 2022 Road Show event will be hosted in Burns Lake at the Tom Forsyth Memorial Arena .

According to a news release, this is in partnership with the Lake Babine Nation who will be co hosting the event.

The event is scheduled for February 25 to 27 and the Prince George Spruce Kings and the Salmon Arm Silverbacks will play a pair of regular season games.

A news release added that the Lake Babine Nation that all surrounding First Nations will be working together in support of the event.

Community events and initiatives will take place throughout the weekend.

This is the second Road Show event to occur, the first was in Kitimat in February 2020.

More details will be announced in the coming weeks.