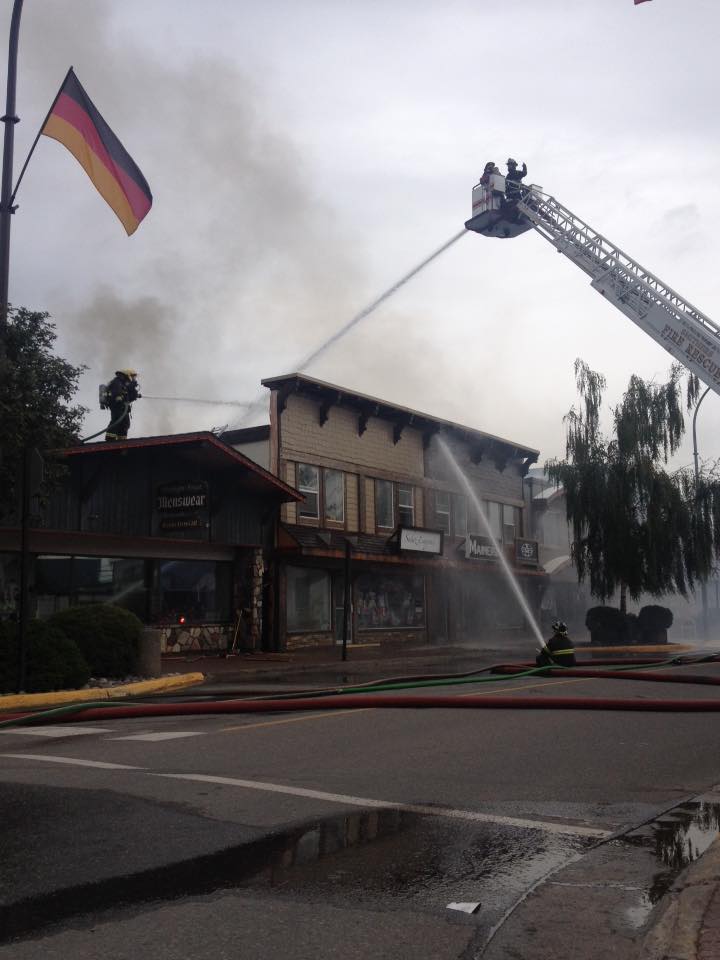 The missing cat has been located. It was hiding behind a laundry basket in the apartment.

Fire Crews were on site until noon.

Smithers Emergency Social Services has provided housing for 4 of this morning’s victims.

The Town’s Director of Development Services says the upper floor roof’s stability has been “significantly damaged.”

Many Smithereens awoke to a fire downtown Smithers Monday morning.

The Smithers Volunteer Fire Department received the emergency call to 1165 Main Street around 7:45 AM.

Five fire trucks arrived – including Smithers’ aerial ladder truck – to fight the blaze. Over 35 firefighters from Smithers and Telkwa stopped the blaze in the apartments above Sedaz Lingerie, Mainerz, and the Main Street Studio.

Regarding resident’s safety, Stecko said that “all the occupants evacuated safely from the building, and there were no injuries on scene.”

Fire Rescue saved a cat, and a second was believed to have escaped on it own.

The cause is unknown at this time and still under investigation. 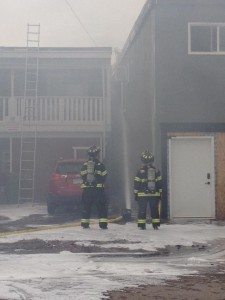 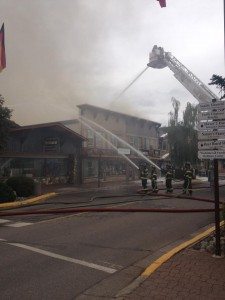