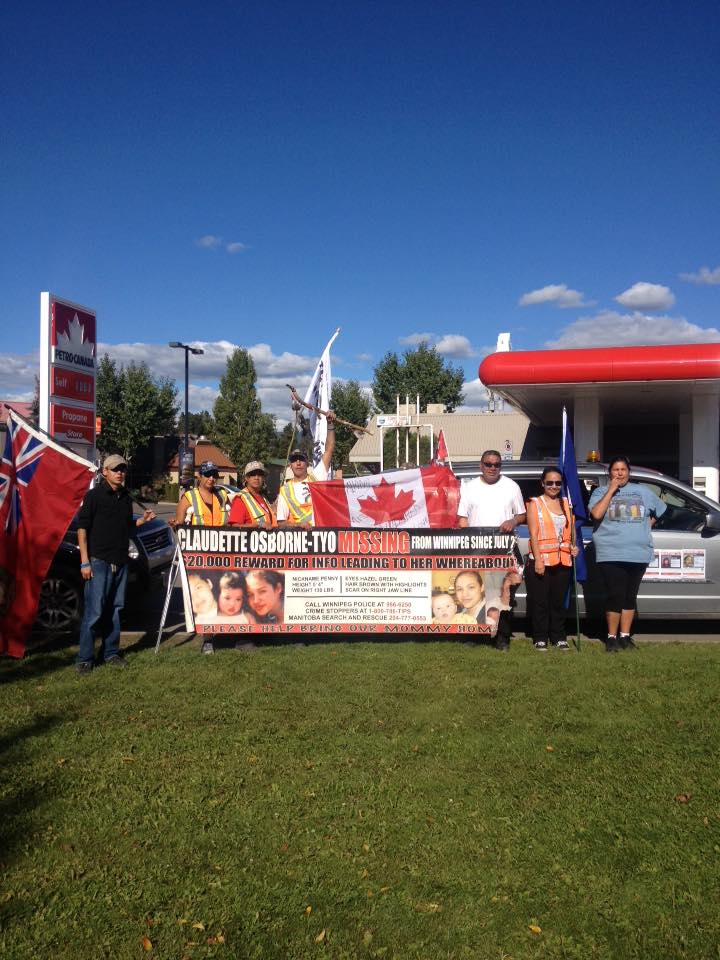 A group of activists travelling from Norway House, Manitoba made their way through the Bulkley Valley this week, raising awareness for “Missing and Murdered” First Nations people along the Highway of Tears.

Activist Brenda Osborne and her group began walking on July 18th and demand that something is done about the situation.

“Nevermind the police and the lawyers and the crown making deals with these murderers they should be putting them away. We want justice for our family,” she says.

Once the group gets to Prince Rupert, they’ll head South to Vancouver.