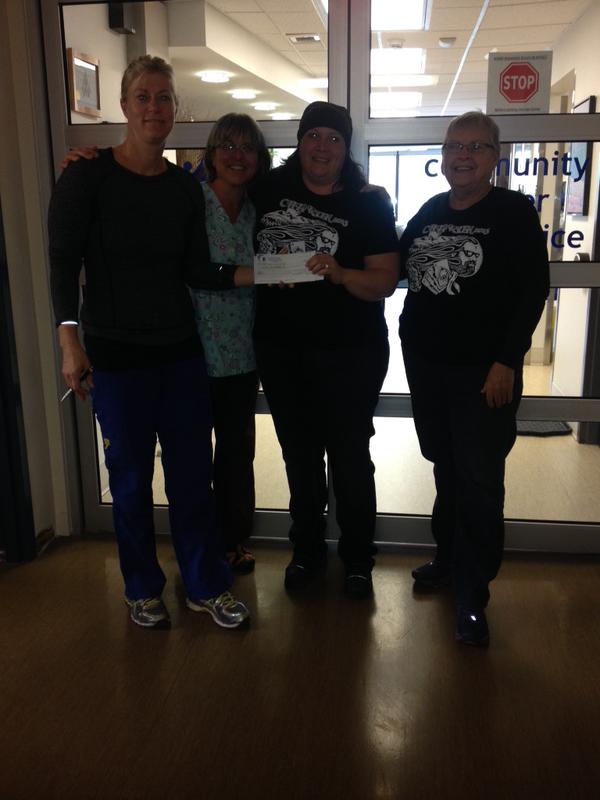 The Cancer Wing at the district Hospital received an emotional donation earlier Thursday.

Every year on the last Saturday in July, family and friends of the late Bob Spooner partake in a motorcycle ride and poker games in towns between Smithers and Kitwanga.

This year’s “Chip Run” raised $5000 and was given to the hospital to help current, cancer patients.

“You can talk to anybody in the area that knows someone that has had or is struggling to fight cancer and it just makes us feel amazing to know that we’ve upped their comfort a level, maybe a little bit,” she says.

Bob’s mother Nora David says the ride is a great fundraiser and a method of closure for those who knew Bob.

“Its’s also our family’s memorial to remember him, having it near that time when he died,” Nora says, “it makes it difficult but special too, that we can raise the money and remember him that way.”

In past years, the money has gone to a new ice machine and a La-Z-boy. It is undecided what the money will buy this year.