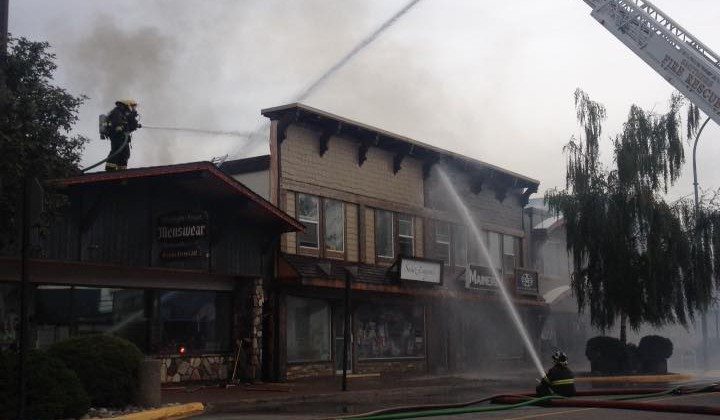 Firefighters have confirmed the cause of the July 27th Main street fire in a recent interview.

“One of the exhaust fan combination lighting units that was in the apartment on the second floor was the cause of the fire that ended up in the roof section of that building,” he says.

Smithers Volunteer Fire Department received a call around 7:45 to a building near First and Main on the July morning.

With the help of Telkwa Fire Rescue, over 35 firefighters put out the flames shooting above Sedaz Lingerie, Mainerz, and what was the Main Street Studio.

Residents and pets all made it out of the units safely.

Stecko adds to be aware and knowledgable of older units in your home.