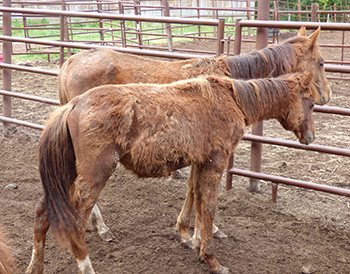 22-year-old daughter Catherine Adams plead guilty to three charges of permitting or causing an animal distress. She will have a 6-month conditional sentence and 3 years probation.

Neither are allowed to own or be in control of an animal for 20 years and were each fined nearly $5500 for their crimes.

All animals received medical attention and were re-homed.

Photo was taken from www.spca.bc.ca/news-and-events/news/news-houston-mother-daughter-plead-guilty.html