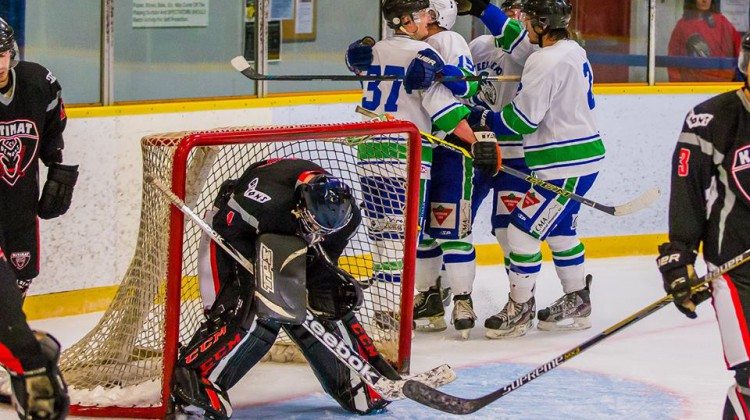 The Smithers Steelheads were successful in their homecoming, defeating the Kitimat Ice Demons 5-4 on Friday night.

Coach Tom DeVries says it was nice to play at home for the first time in nearly a month.

“It’s great to be in your own building. All the players love it,” he says, “go into your own dressing room, come out and you’ve got your own fans. We had a good turnout and we had a good team out with four lines and six [defensemen] so that’s nice.”

Smithers sits just ahead of the Prince Rupert Rampage for the Western Division’s top seed.

The Steelheads have 8 points in 5 games and the Rampage have 7 points in 6 games.

The team will have nearly three weeks off before their rematch in Kitimat on November 14th.