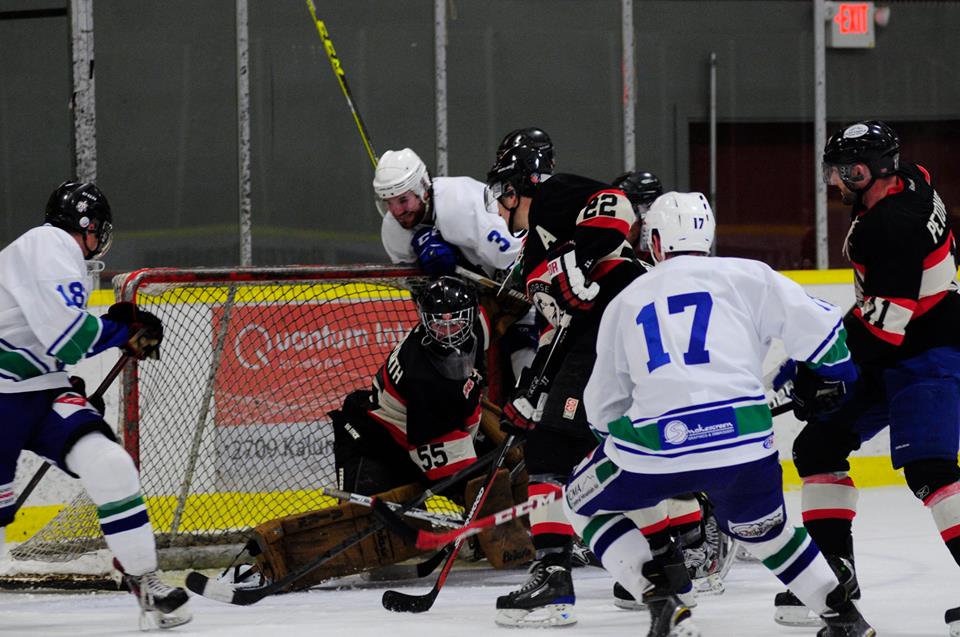 The Steelheads’ first game at the Coy Cup didn’t go as planned.

Smithers fell to the Whitehorse Huskies 6-5 and now find themselves in the last place at the tournament.

Coach Tom DeVries says the team can bounce back.

Aside from Tuesday’s defeat, Smithers had won 15 of its last 16 games, dating back to November 21st. The only loss in that span was a 6-5 overtime heartbreaker to Terrace in the CIHL Western division semi-final series opener.

The Fort St. John Flyers and host Terrace River Kings tied 3-3 in the only other Coy Cup game on Tuesday.

The Steelheads have two more round robin games; the next one is against Fort St. John Flyers Wednesday at 4 PM.

Terrace and Whitehorse will play Wednesday at 7 PM.

The photo was taken from the Whitehorse Huskies facebook page.