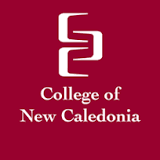 LED lighting might be the way of the future for growing trees.

The College of New Caledonia is taking their research project up to the Woodmere Nursery in Telkwa to see if LED lighting can replace existing technology.

“In terms of savings LED is probably as high as you can get. Savings are probably, in this case, 70 per cent,” says Sorin Pasca, the Research Associate with the New College of Caledonia.

He says the Woodmere Nursery in Telkwa, which grows 12 million seedlings annually, could see a part of those savings.

“It’s not only Woodmere,” says Pasca. “Then we’ll set an example for other nurseries in the rest of the province.”

He says for conifer seedlings this technology is very unique.

Students from CNC will also help with the experiments conducted throughout the growing season.