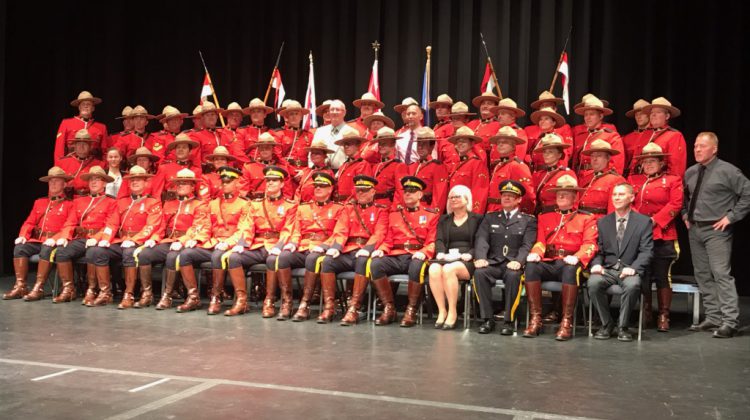 RCMP at North District Award Ceremony at Prince George Playhouse recognized for long years of service to RCMP and community on May 15, 2019, | Photo by RCMP Corporal Madonna Saunderson 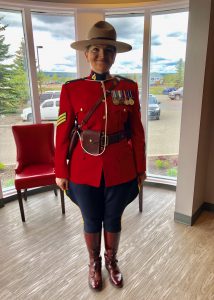 Sergeant Holly Lavin, recognized for G7 summit and over 25 years of service at North District Award Ceremony at Prince George Playhouse on May 15, 2019, | Photo by Sawyer Bogdan

Over 55 RCMP officers, administration, and civilians received recognition for their many years of service to the North District RCMP and their communities.

At the Prince George Playhouse, officers received awards for completing 20, 25, 30, and 35 years of service. There were also awards for, bravery, appreciation, and saving lives.

RCMP Corporal Madonna Saunderson said days like this recognize the hard work these people put in day in and day out in a job that is not always easy.

“It’s important we recognize what goes on behind the scenes that allow the police on the road to do his or her job to the best of their ability.”

Sergeant Holly Lavin was one of the officers honoured. She was recognized for her participation in the G7 summit and over 25 years of service with the RCMP.

She said her job has given her so many options to travel and try new things.

“It means a lot; 25 years of dedication to the same career, to the same job, and to still enjoy it and enjoy going to work every day I think is a good thing.”

Lavin said she plans to make it 30 years before retiring and added anyone thinking of joining the RCMP would not regret it.

Constable Steanna Lavigne from Vanderhoof Detachment was presented with the BC Police Honours and the Meritorious Service Medal and Certificate.

Ten RCMP members were presented with the Commanding Officers Commendation and Insignia for bravery.