Hazelton Runner chosen to represent Canada at Pan Am games 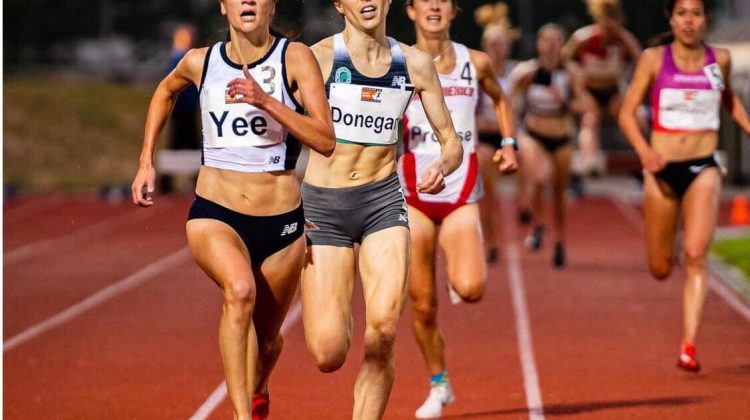 Regan Yee running at a competition (supplied by: Regan Yee)

Regan Yee of Hazelton is preparing to represent Canada at the Pan Am Games in, Lima Peru.

The 24 -year-old Yee will compete in the Steeplechase on Sunday (Aug.10).

Team Canada is currently in fourth place 99 medals with 24 gold, 40 silver, and 35 bronze.

She said being at the PanAm games is overwhelming but is a huge stepping stone in her athletic career.

“There’s so much going on being in a village with so many athletes, coming to the stadium and then being in the stadium, like I was watching last night and the stands were packed. You realize that this is a pretty big deal”, said Yee.

She was chosen to be in the games because she was one of the fastest in Canada, which was the criteria for this year.

Yee also said that she had a bunch of local role models that she grew up with.

“I knew that it was possible it doesn’t matter where you’re from. You can come to a tiny town and still perform well on the world stage,” said Yee.

She has won the 3000m steeplechase silver at the 2018 Canadian Track and Field Championships, five USports national titles and even represented Canada at the 2019 IAAF World Cross Country Relay and places 7th place.

Yee began track when she was in elementary school and continued that when in high school. Her coach in high school submitted her in the steeplechase at the grade 9 regional track meet where she broke his record. She had a lot of fun doing that race and continued to stay with the race.