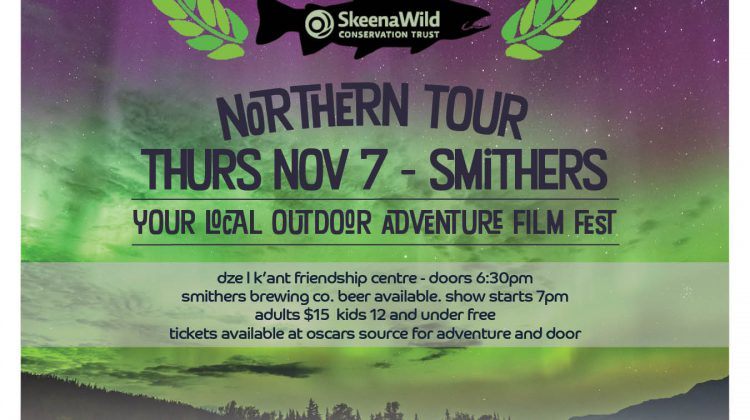 SkeenaWild Film and Photo Festival will be at the Dze L K'ant Friendship Centre Thursday (supplied by: SkeenaWild)

The 10th annual SkeenaWild Film & Photo Festival will be in Smithers on Thursday (Nov 7).

Smithers is the first stop of the Northern tour where the festival will be making stops to Prince Rupert, Terrace, Kitimat, and Kispiox. 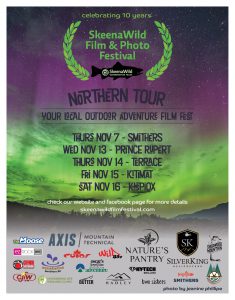 Most of the films and photographs are created by local photographers and videographers.

Dan Mesec, Skeena Wild Spokesperson said all of the films were based in the Skeena region.

“Anywhere between here and Prince Rupert, Haida Gwaii, up north a little ways. They’re all focused on kind of on outdoor adventure that’s kind of the hook, they’re all outdoor adventure-based kind of celebrating this amazing place where we live,” he said.

Mesec also said what some of the films and photographs are about.

“There’s everything from mountain biking to kind of paddling and a couple more kind of heartfelt, kind of pulling at the heartstrings kind of films too so it’s a good roundabout,” he said.

Tickets for the festival are $15 and children 12 and under are free.

Skeena Wild is a regional organization based out of Terrace that focuses on preserving salmon habitats and advocating for wild Skeena salmon.