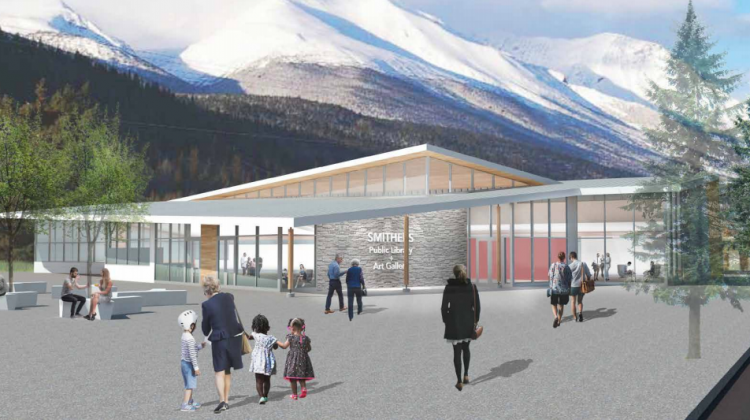 The Town of Smithers received a big donation for the Library-Art Gallery grant last month.

During Tuesday nights Council meeting it was announced the town received $125,000 from the Michael and Sonja Koerner Charitable Foundation.

According to Gladys Attrill, Councillor the donation was a two installment donation of $250,000 and Council was informed of the donation last year.

Attrill said knowing Council received the donation for this project is wonderful.

“To see the letter just reminds me again that a quarter million dollars is an amazing amount of money to support a project here so, I just wanted to draw attention to it so we can say thank you properly to the people who are fundraising and to the people that support us on this case,” she said.

“We have a fund at the Town where donations are being held and the moment we hear that we have received the larger grant then we can get things going in terms of letting people know that the money is confirmed and working on that next step,”

Council is still waiting for a response for its $12.8 million dollar grant application to Investing in Canada Infrastructure Program.

The Town is expected to hear a response early this year.

Dr. Bonnie Henry says sports teams will remain in a state of flux during pandemic