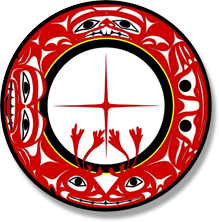 The Babine Lake Hereditary Chiefs and members are calling for the Lake Babine Band Council, the province, and Canada to cease the Pathway Agreement that was signed on Sept 18.

According to a statement, the Hereditary Chiefs did not authorize or give consent to the agreement.

“The negotiation of the Agreement and signing by Lake Babine Nation, Canada, and the British Columbia provincial government violated our traditional laws,” said the statement.

The statement also said the agreement represents a trespass on our jurisdiction to govern our territories and people.

“It also arguably infringes on our constitutional rights and the responsibilities in the United Nations Declaration on Rights of Indigenous Peoples, which sets minimum standards to protect our right to self-determination,” it said.

The statement also said the Hereditary Chiefs will be taking legal action.

The Pathway Agreement was signed earlier this month via Zoom by Lake Babine Band, Canada, and the Province.