“Mental health and addictions resources are lacking in the north,”: Teegee 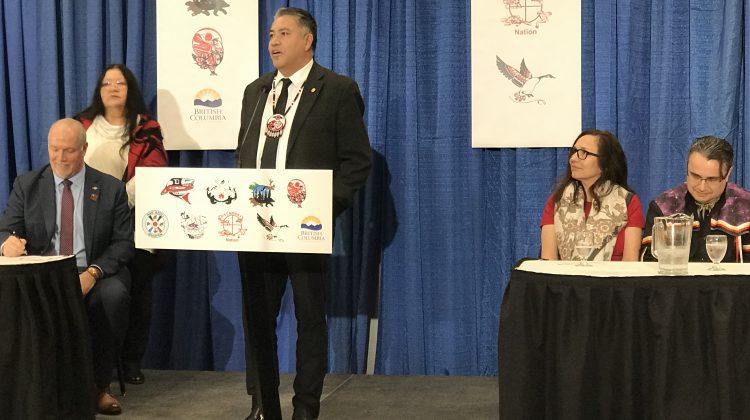 BC Assembly of First Nations Regional Chief Terry Teegee believes the province needs to do more to combat COVID-19 and the opioid crisis, which are having a dramatic impact on the Indigenous population.

Teegee is also part of the First Nations Leadership Council who has made the same plea.

He told Vista Radio a lot of Indigenous communities have had to take drastic measures to eliminate any chance of an outbreak.

“We of 140 offices that are closed because of this pandemic and this stems from the first wave and now we are well into the second wave, many first nations are taking their precautions even further by setting up checkpoints or roadblocks because quite simply, we are not resourced properly.”

“Both emergencies require first nations involvement, especially when you look at the current state of affairs in terms of the implementation of the Rights of Indigenous peoples if you do look at Bill-41 we do have the authority to make our own decisions and we do need to be part of the decision making process.”

As of Wednesday, Indigenous Services Canada is aware of 3,451 confirmed cases of COVID-19 on reserve, with 228 of those in BC – the lowest among the western provinces.

Back in July, the First Nations Health Authority reported that 16% of all people who died from an overdose in BC between January and May were Indigenous.

Teegee is of the opinion rural and remote areas in the north, are lacking when it comes to resources and funding when trying to tackle mental health and addictions.

“That is really lacking in the north, not only in Prince George but also you can see it in remote communities that the help and the assistance of the professionals who can deal with that is not there.”

“Many of those that suffer the issues of mental health and addictions don’t have the ability to deal with these addictions especially in regards to the opioid crisis and really, that is the lack of infrastructure and resources many first nations communities are dealing with.”

On Wednesday, the BC Coroners Service noted that 10 more illicit drug deaths occurred in Northern Health in October with half of those occurring in Prince George.

Prince George has accounted for 43 of the health authorities’ 106 deaths in 2020.

The northern capital has recorded 127 illicit drug deaths between 2018-2020, which is the third-highest number in the province only behind Kamloops (133) and Vancouver (971).

In addition, the Coroner Service added the Northern Interior Health Service Delivery Area, which encompasses PG-Quesnel-Burns Lake and the Robson Valley, continued to have the second-highest drug toxicity death rate at 53.9 per 100-thousand people, trailing only Vancouver (57.0).

Teegee is of the opinion the higher numbers can be connected to a more toxic drug supply.

“It’s quite different in terms of the toxic substances that are being utilized and the death rates that are only second only to the Downtown Eastside or Vancouver and part of the issue there is that with the pandemic, many people who are self-isolating die alone and there are a lack of resources to deal with addiction but also have safe places to utilize opioids.”

“What the COVID-19 pandemic has done is really highlight the lack of resources and lack of ability first nations communities in not only dealing with this pandemic but also deal with other social crises and further to that is the resources that are needed in regards to addictions and mental health and we are really underserved when it comes to access to those resources.”

There have been 1,386 illicit drug deaths to date in 2020 in British Columbia far outpacing last year’s cumulative total of 982.