BC Forests Minister in talks with feds on Wildland Fire Strategy 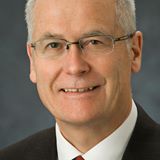 Minister of Forest and Stikine MLA Doug Donaldson wants to make sure communities have the fire protection they need in the coming fire seasons.

He’s been in discussions with the federal government to continue the Wildland Fire Strategy along with funding.

“The true fire season has just started. But once we get through this season we’ll be looking at lessons learned and will be implementing actions before next year because things seem to be getting drier,” says Donaldson.

He recently took a flyover of the areas affected and has been in talks with fire officials on a daily basis about the ongoing situation and crisis in the province.

He says right now the focus is on public safety during an unprecedented, and unpredictable situation.

With the state of emergency due to expire on Friday, he says they’ll seek advice from fire experts on extending it.