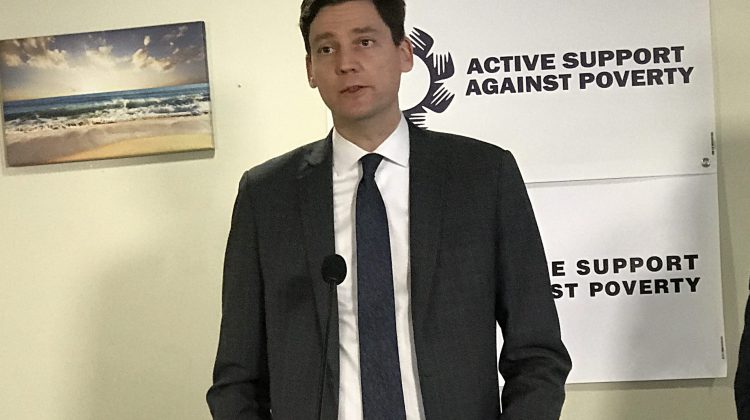 Attorney General David Eby stated the reforms to ICBC provides a more accurate snapshot of the risk drivers represent on the road.

Last month, the province announced it intends to lower rates by reducing legal costs which will lead to a 20% rate decrease, saving the average driver $400 per year.

The changes take effect in May of 2021 and Eby said the“Enhanced Care coverage” will make driving more affordable for everyone.

“This shift will actually ensure that people are actually paying their risk but also that it’s affordable as we’ll have some of the most affordable rates in all of Canada under this reform coming in May and the timing of it is simply the time of implementation.”

Speaking recently in Prince George, Eby went into detail as to why the changes aren’t being implemented sooner.

“The length of time that it takes to train everybody to shift the culture at ICBC and get the systems in place to have an entirely different way of doing car insurance and that’s just how long it takes. If I could bring it in tomorrow, I would because I think it’s a political winner.”

There have been calls in the past by many organizations asking the provincial government to open up ICBC to competition, however, Eby explained why that option was never put on the table.

“I know there are a lot of people who are enthusiastic about competition but one of the reasons ICBC was introduced in BC is that because like Strata insurance that some people are hearing about now, there was a dramatic increase and there were only certain companies that were willing to write it in some parts of the province and nobody was willing to write insurance for drivers. We need to have a system that works for everybody.”

During his exclusive interview with Vista Radio, Eby also went into detail on why a private insurance model similar to Alberta and Ontario is a non-starter in BC.

“The Private Insurance Industry did a report on British Columbia if they were to come here and offer basic insurance here that showed it would have significant rate increases for anyone under the age of 40. When you’re talking about increasing the cost of insurance for a significant amount of the population and the price break only starts if your over the age of 40 and driving that doesn’t seem like a great approach to us.”

The new ICBC care-based system is similar to those currently operating in Manitoba and Saskatchewan.

Currently, the average British Columbian pays $1900 a year in car insurance, which will be reduced to about $1500 under the new system.