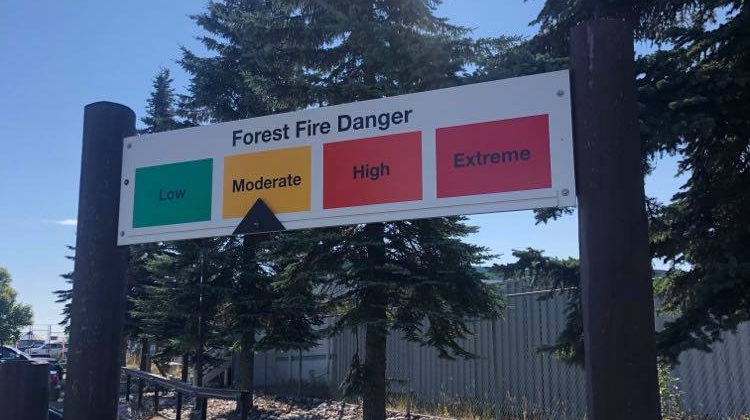 The campfire prohibition in the Prince George and Northwest Fire Centres, a combined area that accounts for a large portion of the province’s geography, is being lifted.

According to the PGFC, fire danger ratings have declined in the region due to recent rainfall and cooler temperatures, but residents are still strongly encouraged to continue exercize caution.

Hannah Harris, Fire Information Officer with the PGFC, says the recent weather has done wonders for fire mitigation efforts on a couple of fires of note.

“The Grizzly Lake wildfire is being held at 4,891 hectares, it did receive a lot of rain these last couple of weeks but at the moment we do have resources out,” she explained.

There are currently 55 firefighters and a helicopter battling the Grizzly Lake Fire, located west of Prince George and directly south of Vanderhoof.

Fire crews in the area have received help battling another wildfire of note located southwest of PG and Vanderhoof.

“Cutoff Creek is also another one of the fires that received a lot of precipitation, so it’s also being held at 23,310 hectares and currently we have 60 wildfires and two helicopters and one piece of equipment,” she added.

Meanwhile, in the Northwest Fire Centre, there is only one fire being considered ‘of note’, which is the 18,338 hectare Chief Louie Lake Fire which currently has five firefighters on hand battling the blaze.

While the rain has been beneficial to fire mitigation efforts throughout the region, Harris says the heat expected in the coming days could reverse the progress being made.

“It’s definitely something we’ll want to keep monitoring cause it could dry out our available fuel and add more hotspots,” Harris said.

Environment Canada says PG and Vanderhoof temperatures are expected to reach the high 20’s in the next couple of days, followed by temperatures in the low 30’s over the weekend.

The PGFC says residents should remain aware of the following:

Other activities which were previously banned, but will now be permitted include: