This is for everybody: Wet’suwet’en checkpoint campers 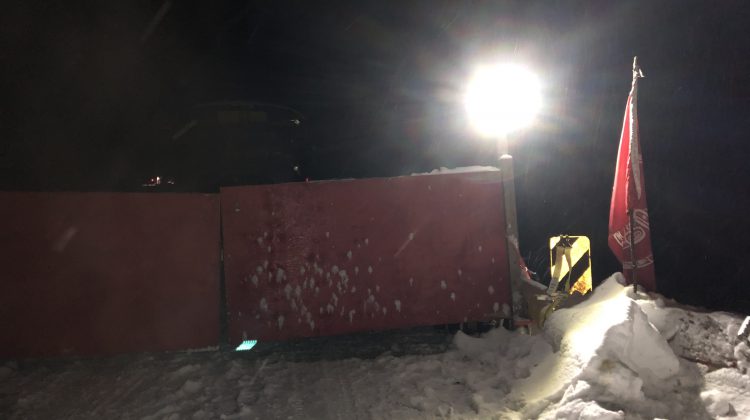 Checkpoint near Houston, BC in protest of a proposed pipeline | Sawyer Bogdan, My Bulkley Lakes Now

Those standing against pipeline construction near Houston, BC are getting ready for a police encounter at any moment.

Indigenous groups are growing by the dozens in support of the Unist’ot’en and Wet’suwet’en First Nations, who are now fortifying the bridge near the checkpoint they’ve created for their own safety.

Mel Bazil of the Wet’suwet’en is confident they can defeat a seventh injunction to protect the land.

“The proposals, baseline projects, and all of the other studies that we needed to do, we did it all,” explained Bazil to My Bulkley Lakes Now.

“We realized that we need to take action against all these pipelines. Being involved with Unist’ot’en and now also the Wet’suwet’en access checkpoint, I’m very pleased and honoured that we can serve the Wet’suwet’en Chiefs and the future generations, and also the large biodiversity that’s out here. Plus our larger community; this is for everybody does not just for us.”

Sources from the camp claim police vehicles were seen leaving both Houston and Smithers and moving east earlier this morning (Monday).

Bazil said the campers are pleading to police and governments at the Federal and provincial levels that they are not a violent group.

“I know we operate within a western society with nine-to-five jobs and going to schools, but systems need some changing. The water is already pure here; why would we sell it all off and then have to buy water and food? This is our life here.”

On Sunday afternoon, Stikine MLA and Forests Minister Doug Donaldson made a visit to the checkpoint, bringing food and support.

The proposed pipeline would run from Dawson Creek through the Wet’suwet’en territory, and on to the coast.

In a statement, Sierra Club BC is calling on BC and the federal government to ensure that both the RCMP and Coastal GasLink respect the inherent and constitutionally-protected rights of the Wet’suwet’en people on their unceded lands.

My Bulkley Lakes Now‘s Sawyer Bogdan is on scene and will continue to bring updates as they become available.